Malaga – the city which some Spanish girls some time ago told me not to go to and I still did. Why? Because my internship happened to be close.

I have no regrets. Malaga is not only great because it gave us Pablo Picasso and Antonio Banderas. It’s a vibrant, beautiful city full of warm, witty people that know what fun is; I made here some friends that live now in Madrid and are always missing this alegría(happiness) of their hometown. I got to know Malaga during the Feria and this point is important – Malaga I got to know first and Malaga after its big party are two different cities.

So, let’s start with the everyday Malaga and leave my first impressions for the next post. During the Feria you don’t really get to know the city… At least I didn’t.

Malaga is one of the oldest cities of Europe – it was grounded around 2,800 years ago by the Phoenicians. After them came the Romans, Arabs and Christians and all of them have left their marks in what today is the city centre. In 2016 modern artists and hipsters are enriching the city with their creativeness and fresh brewed coffee.

And maybe exactly this mix of cultures makes Malaga what it is today.

The Roman Theatre was built in the 1st century BC and discovered in 1951. Sometimes there is a chance of doing as the Romans did: sitting on the stones of its terraces and watching a play, however you need to be lucky. If you look up you will see Alcazaba, a fortification from 10 centuries later in which the Arab rulers of Malaga used to live. It’s a beautiful complex with stunning arches, gardens, fountains and tiny canals. For me, it’s a smaller and more modest version of the Alhambra*, so I would recommend seeing it before going to Granada. 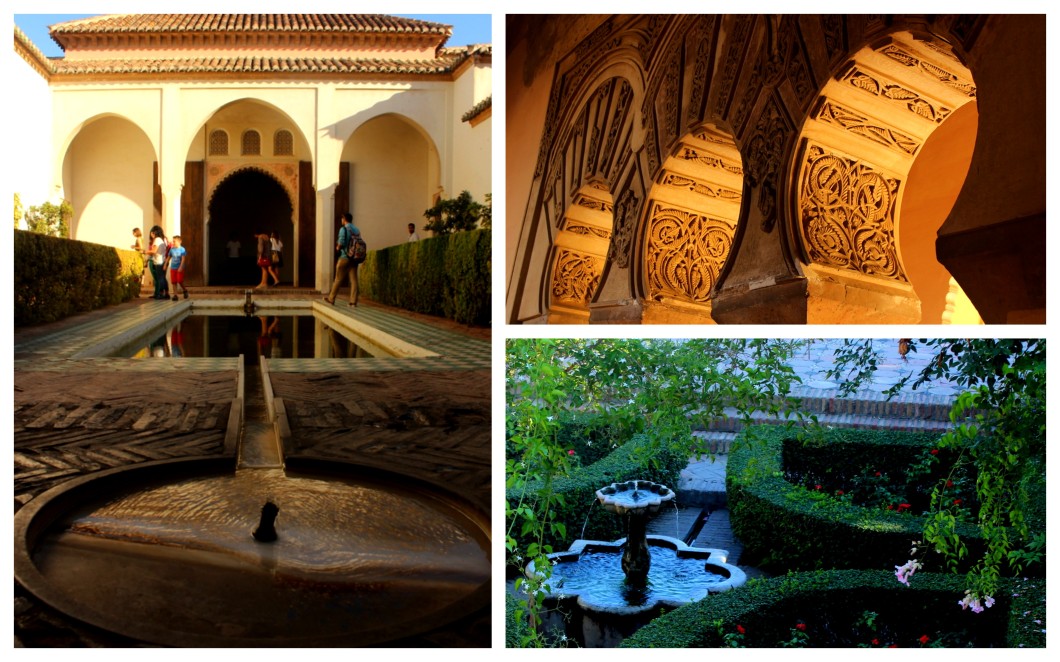 The Castle of Gibralfaro was built to protect Alcazaba. To reach it, you have to take a bus or a hike up the hill. Is it worth it? To be honest, not really. On the top you will find bare walls and an Interpretation Centre, so if you don’t mind not seeing everything skip it. What you shouldn’t skip is the viewpoint on the way – Mirador de Gibralfaro. The view is breath-taking, especially at sunset.

The Cathedral stunned me, especially with its ceiling. This temple is spacious and is a masterpiece in itself, not to mention the art that is to see inside. But if you look at it from the outside you will see that it’s not a typical cathedral. Why? It is asymmetrical and has only one tower. Why? Lack of money. Why? It was used for the Independence War of the United States or for a roadway, nobody’s sure. There are some talks to finish it, but it would lose its nickname then – La Manquita (the One-Armed Lady). And what then? 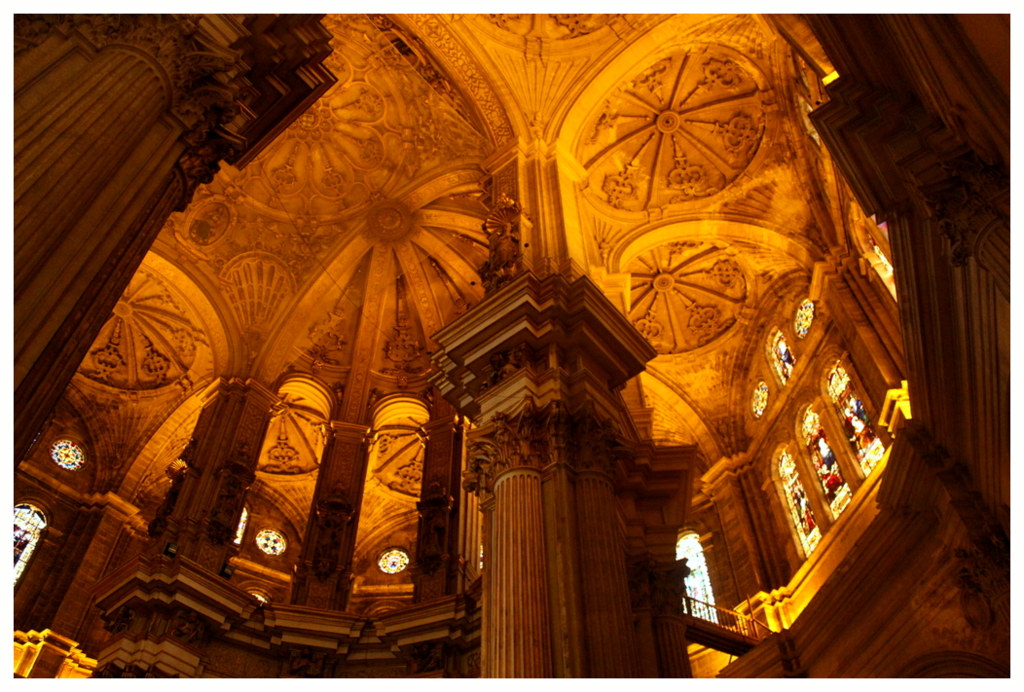 *La Alhambra –  a palace and fortress complex in Granada, one of Spain’s most-visited sites. Hard to compete with.

Hungry? Go to one of the 15 markets that await you.

The most well-known one is probably Mercado de Atarazanas. This market catches the eye with its 14th century Moorish arch – the only part left of the Arabic shipyard from the times as the sea still reached up to it. Then, in the 19th century almost the whole building was turned down and then completed in Arabic style. Today it’s as beautiful inside as outside, so go there and make your eyes, nose and taste buds happy!

Another interesting one is Mercado de Salamanca which houses since almost 100 years stands with fresh products. It’s way smaller and cheaper than the Atarazanas Market and the building itself is surprising as a neoarabic colourful market towers over the, let’s say, ordinary neighbourhood. Fun fact: it’s the only market in Malaga that kept its original architecture without any changes.

If you’re looking for coolness go to Mercado de la Merced, a gourmet market. You can still buy some fish or fruit there, however it’s more of a place to have a drink or eat something. It’s a gastro centre with various events happening in the evening. 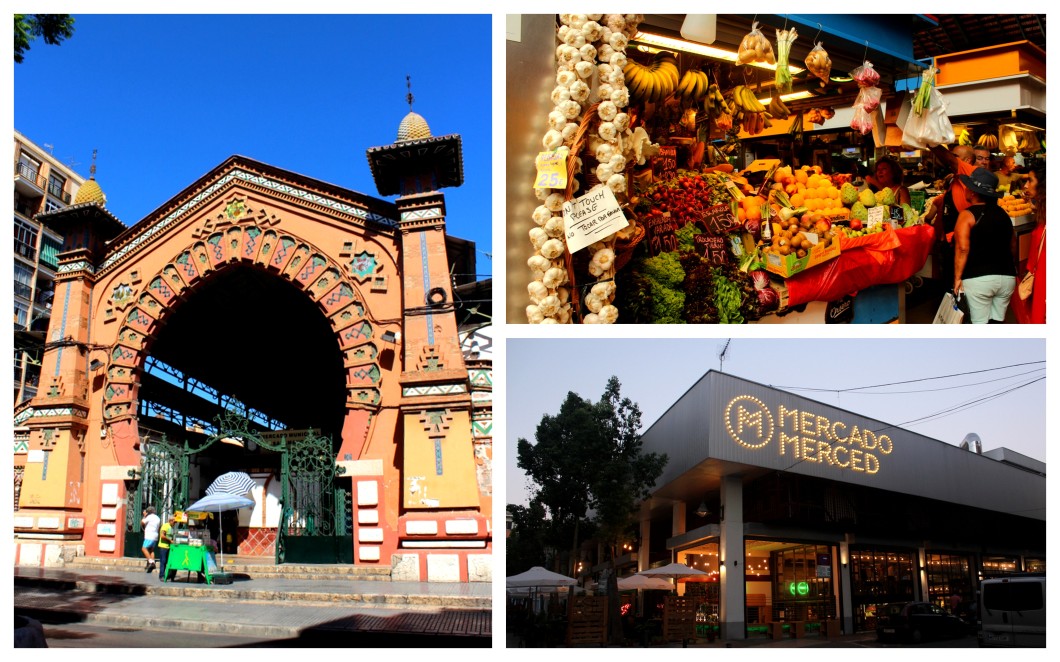 What really amazed me was el Parque de Málaga. It is like Tarzan in New York – like a jungle adapted to the city. Just sit on one of the benches in the shadow and enjoy the beauty and fragrance of the exotic flora. In this park you can find as well the Monumento al Fiestero, my second favourite monument after finding the monument in Granada that commemorated a party in 1922. 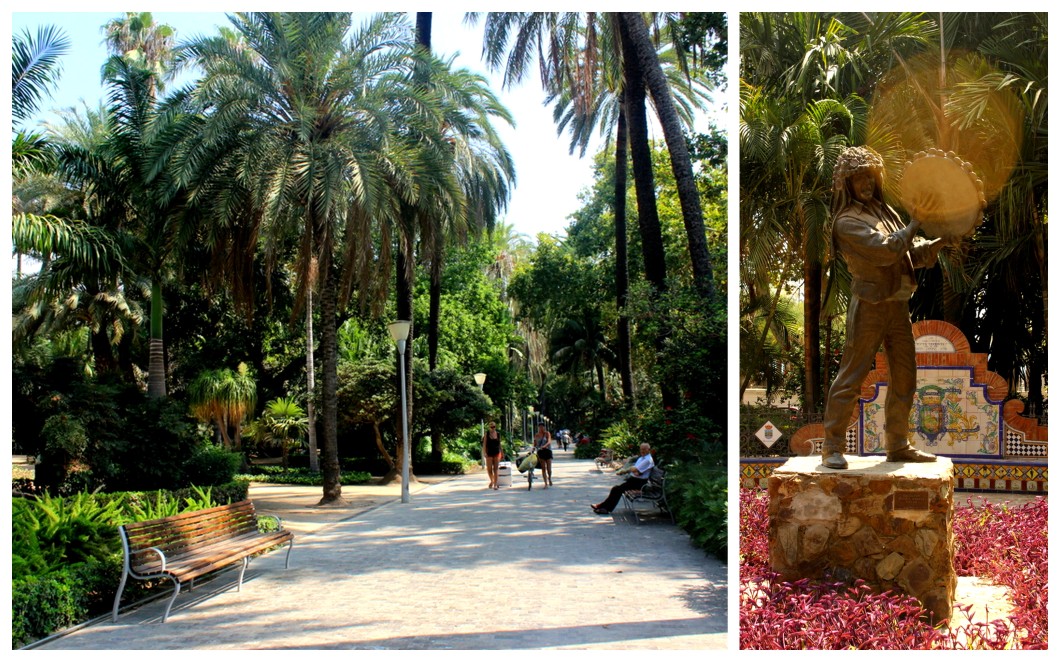 Actually the whole port area is lovely. Walking down the Palmeral de las Sorpresas, which is a nice pedestrian zone with a long pergola providing the shadow everybody is yearning for, passing by the giant colourful glass cube of Centre Pompidou (maybe entering as well?), enjoying the beauty and food of Muelle Uno and then finishing at the famous Malagueta beach. What a stroll!

Fun Fact: lighthouse in Spanish is masculine (el faro), however in Malaga you will find a lady – la Farola. 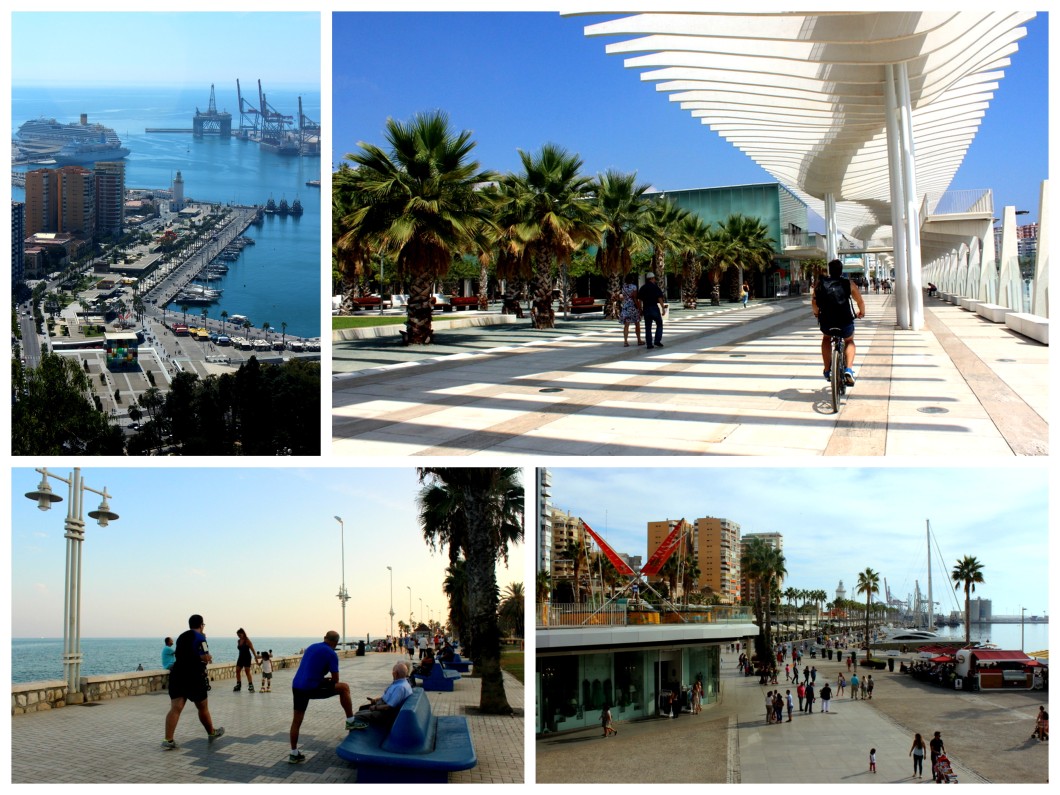 The Botanical Garden La Concepción is located on the outskirts of Malaga. It was grounded in 1855 by the marquis of the house Loring and is a pretty big garden with plants from all over the world. In fact, you will be taken on a trip around the world in 80… trees.

Although there are still some things to work on, the garden is really charming. At the time we were there we’ve seen two couples getting married and they made me want to get married here as well. I guess I will need various weddings to actually make all my wishes come true. 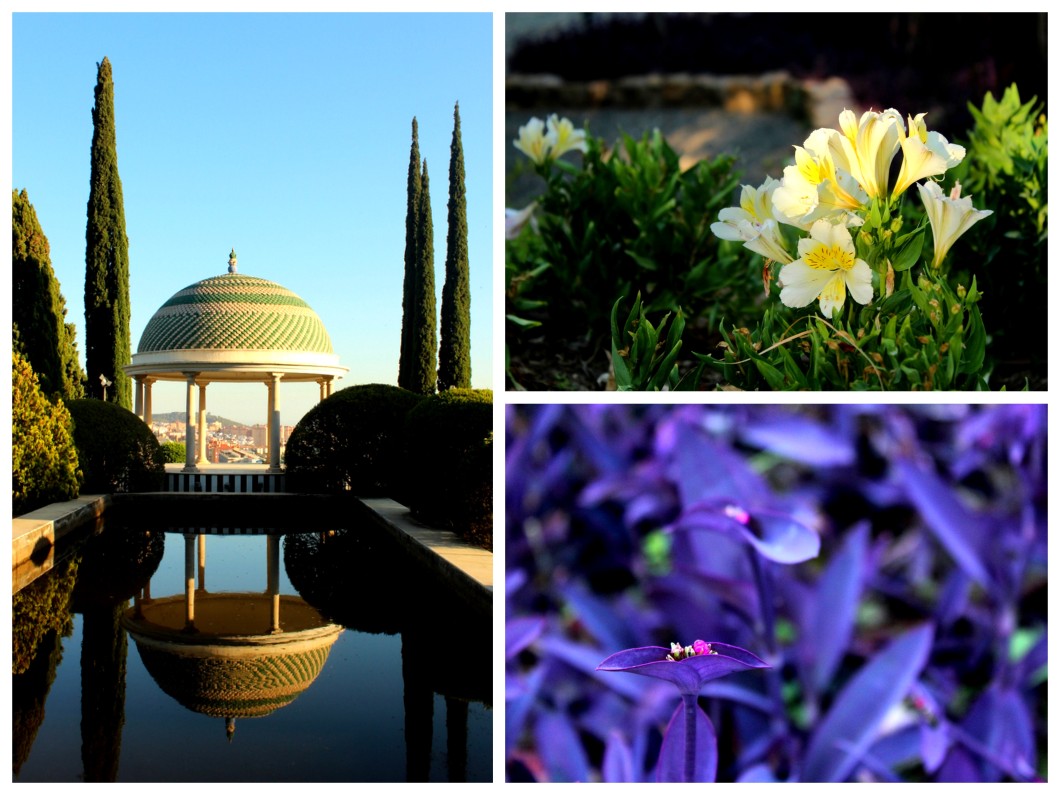 Wanna see some kangaroos and emus without going to the zoo? Take a stroll in Parque del Oeste. It’s a quite narrow, but very long park with ponds, canals, grass and whatever a good park needs. There are not only white swans, there are some black as well. Furthermore, ducks, turtles, parrots, kangaroos and emus. Apart from this cuteness the place is filled with pretty weird sculptures, like for example this one which shows a creature not knowing how to use a book: 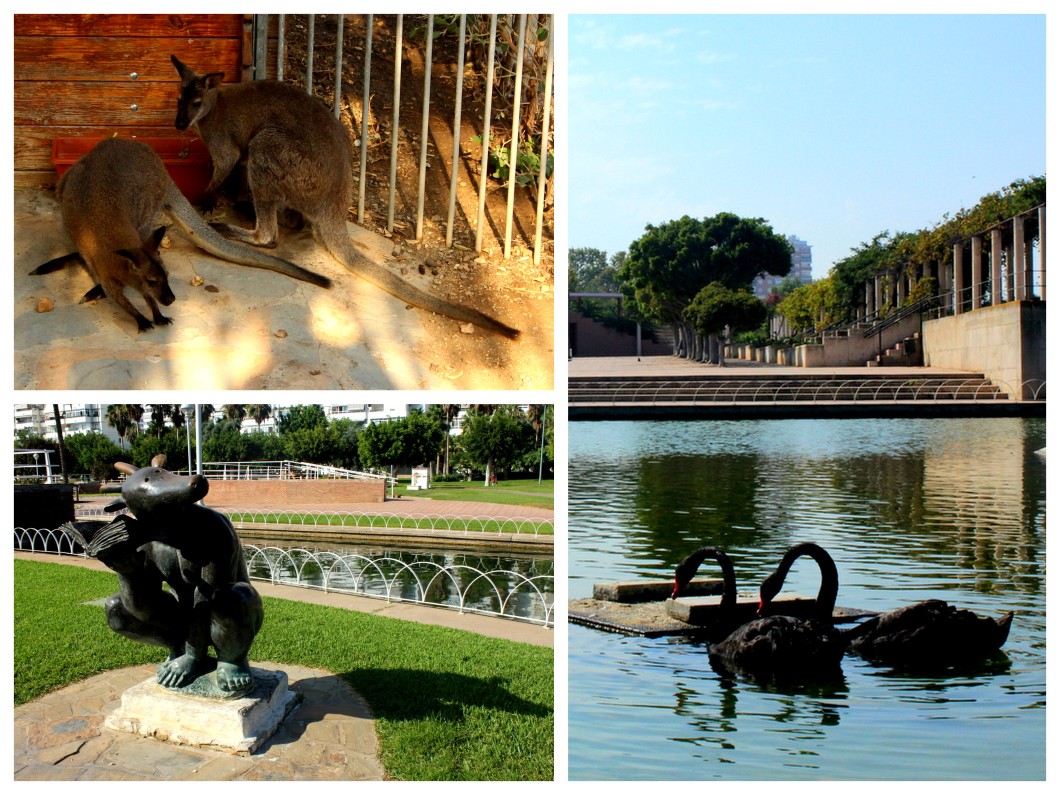 This park is unfortunately not in the city centre, so if you’re already in the neighbourhood go to the (probably) best ice cream parlour in town: Heladería Inma. It´s always full and offers a big variety of flavours. Don’t let the crowds intimidate you! Take your number, go through hell choosing what you want the most and enjoy.

Still hot? Come back to the city centre and enjoy the fresh wind of novelty and health. Have a juice or  a coffee at El último mono, definitely a juice at Raw Attitude and maybe even taste the day´s menu (and a coffee) at the Recyclo Bike Café. You´d better come to the last-mentioned one by bike to enjoy the 10 % discount and, if needed, repair it or buy some accessories in the bike shop next door. While waiting, you can play some board games or exchange a book at the small library. 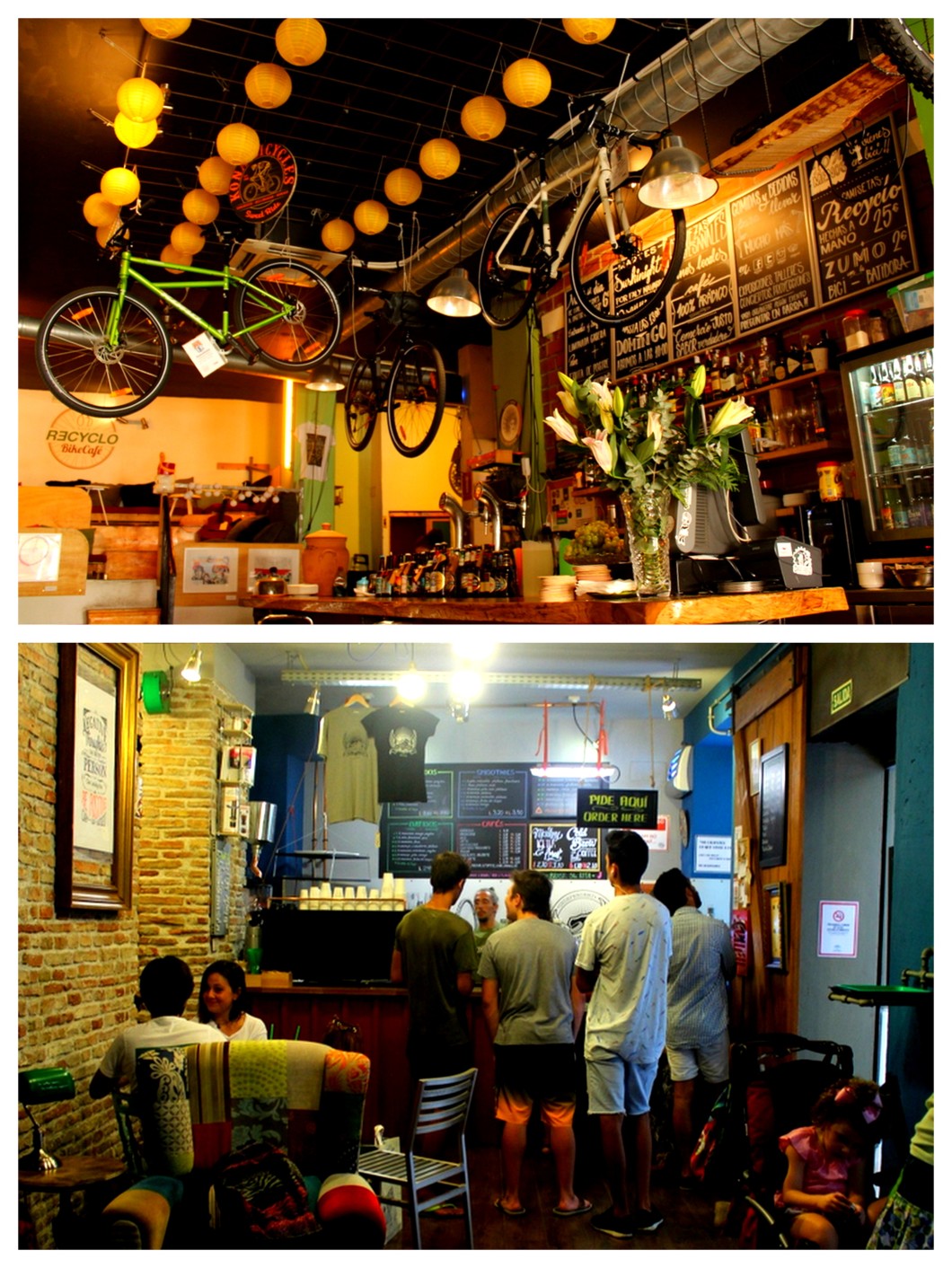 Another nice place is Tetería El Harén, one of the relatively few places with Arabic touch in today’s Malaga. Oriental music and decoration, fragrance of the joss sticks and surprising tea flavours… Have you ever tried the Tunisian one? It’s a green tea with mint, orange blossom, pine nuts and sugar. I’m a coffee person, but I can start drinking more tea if it can be this one. 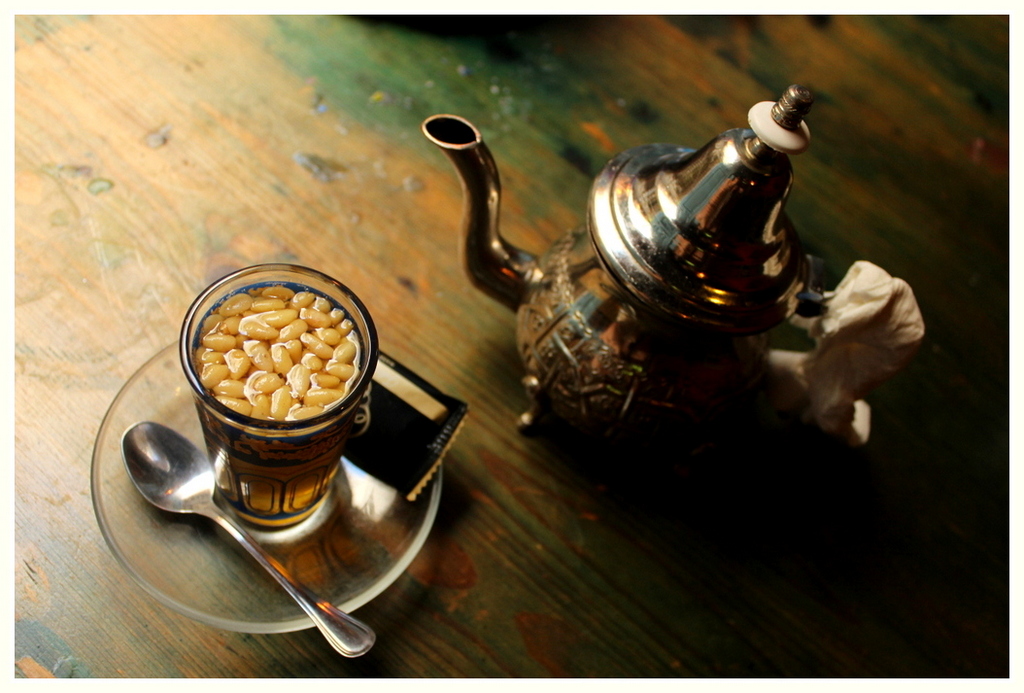 The hotspot for modern art is Soho. No doubts. Not only because of Centro de Arte Contemporáneo, but because it is the artistic district of Malaga. You can see it straight ahead as you see the tiny, small, normal, big and huge graffiti on its walls that appeared there thanks to the MAUS (Málaga Arte Urbano Soho) initiative. Artists from all around the world came to make grey surfaces colourful. Now you can find there as well various museums, galleries, theatres, restaurants and bars.

However, graffiti can be found in the strict center as well: see e.g. the stunning flamenca on Plaza de la Judería. 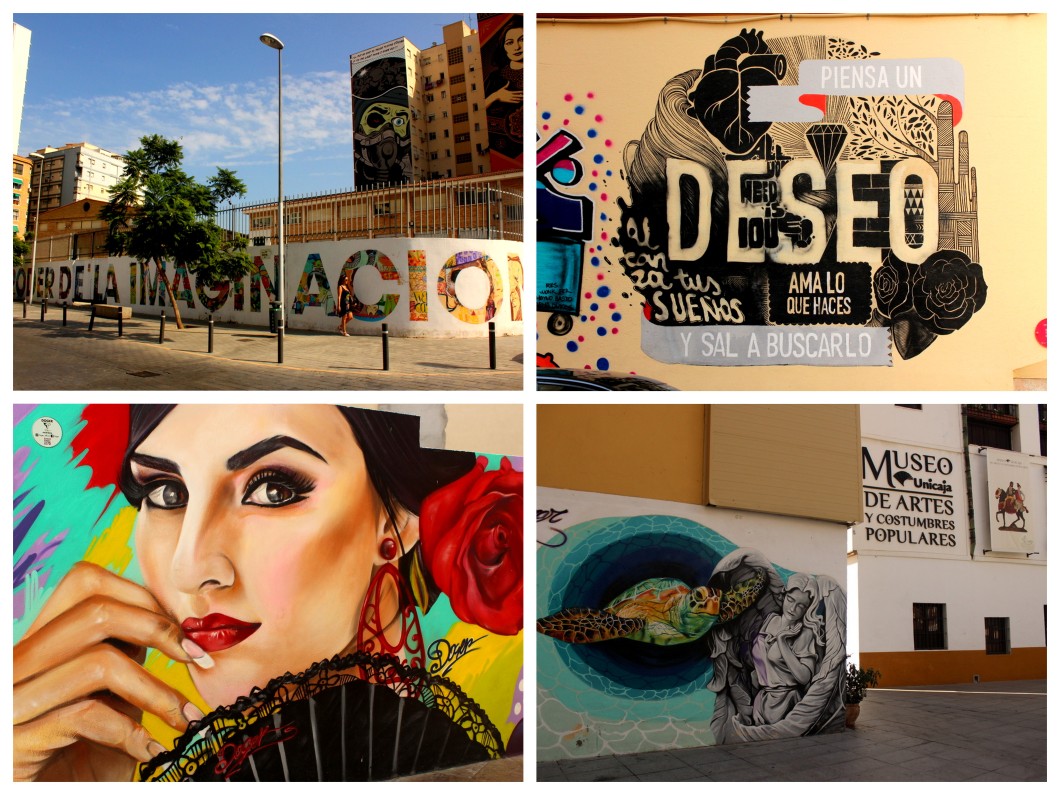 When it comes to museums… I could write about all of them and most probably everybody would skip that part because it would be too long. Malaga has over 30 and takes its visitors on an interesting trip from which everybody comes back a bit smarter. The good news is: the entrance fee is usually low or the admission is even free.

So, let’s keep it nice and short. If the museum you’re curious about is not on the list, I probably didn’t like it too much.

Museo del Patrimonio Municipal: the history of Malaga, some Picasso works, good for children as well;

Museo del Vino: all about wine, from the production to the tasting. Yes, there is a tasting;

Museo del Vidrio y Cristal: surprising how interesting glass and crystal can be + a beautiful house; 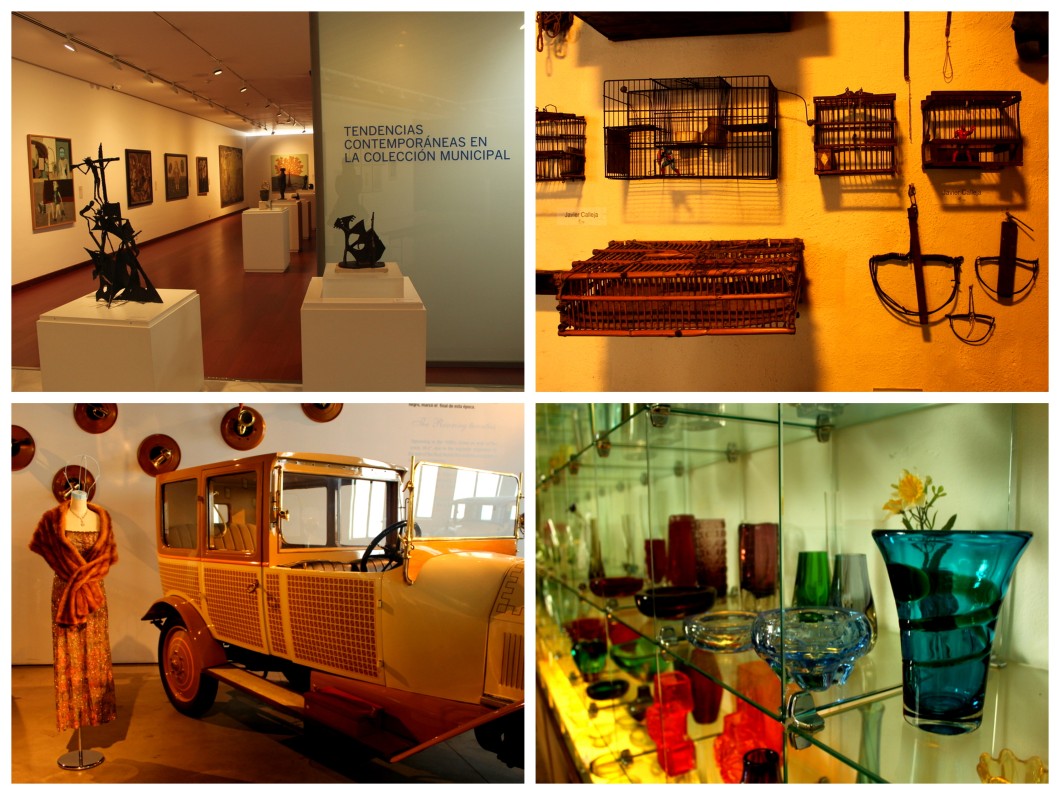 Museo Picasso: cool, not so well-known works of this well-known painter + great videos. Fun Fact: Pablo Picasso holds the Guiness record as the most prolific artist of the world; 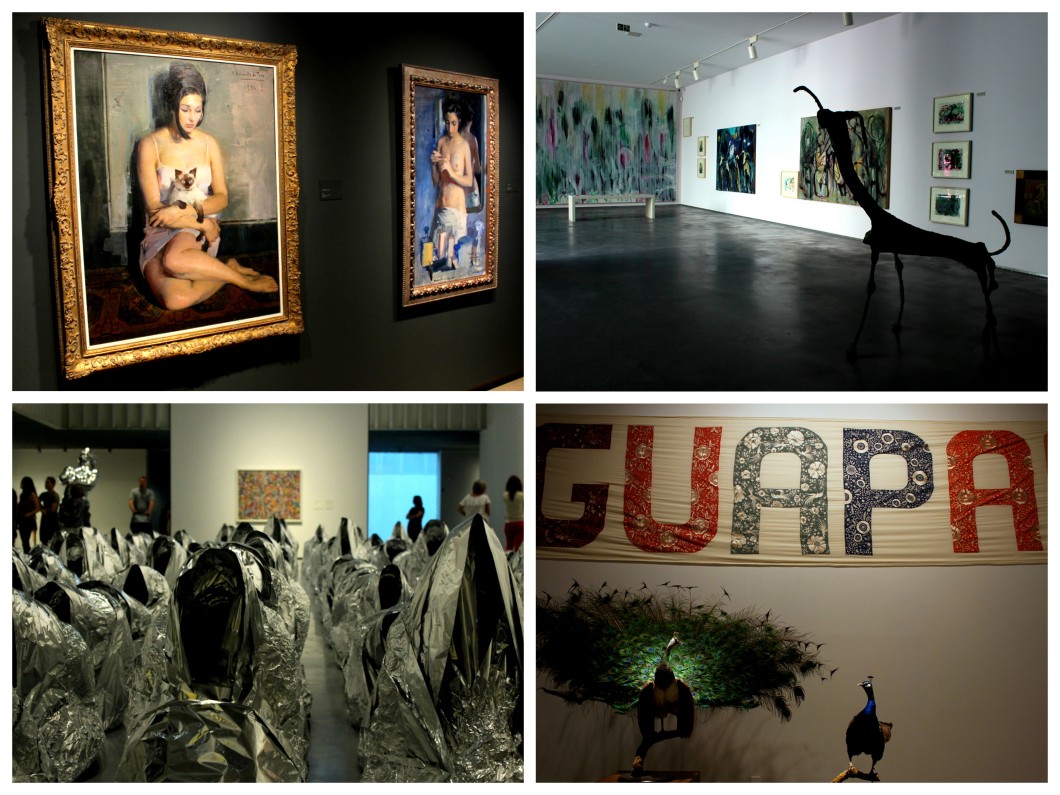 How to end the day

One of the ideas would be Microteatro; if you speak Spanish. 15 minutes, 15 square metres, 15 spectators – an innovative and intimate way to enjoy theatre.

Then, eating is always a good idea.

El Gato Con Bota: tapas from all around the world. My battle won Israel;

Café con libros: good pancakes and tapas that you can eat sitting on a swing;

La Casa Invisible: a really pretty, hidden place to rest from the hustle of the city;

Sr Lobo: amazing sandwiches, hamburgers, anything they have in their kitchen;

El Pimpi: a legendary restaurant in Malaga. Nice and Spanish, stars like Antonio Banderas have dined here, so go if you don’t mind spending more money than in the most of the restaurants around or just want to pass through it and see the charming interior;

Places like the small bar in front of Teatro Cervantes: pizza made before your very eyes for 2,50€. 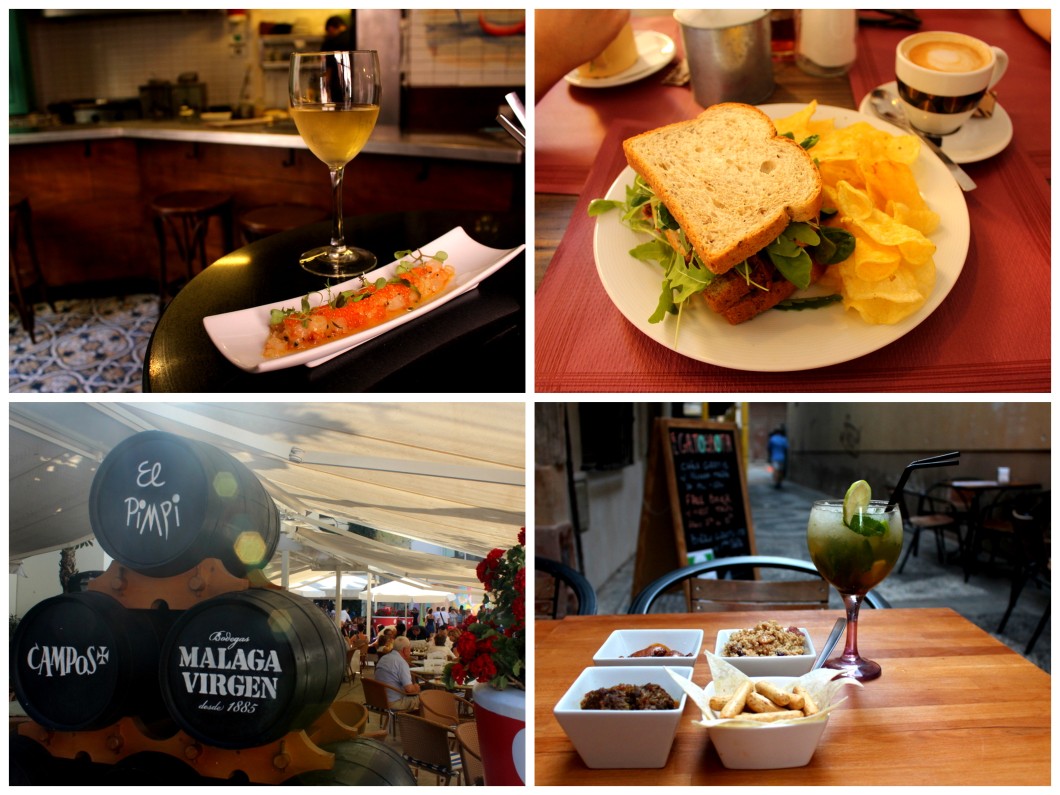 There is as well a Harry Potter bar opening: 9 y ¾. As I’ve been there it was still kind of half closed, so if you know something more feel free to comment!

But hey, what is better than enjoying a drink and a breathtaking view of the city on one of the terraces of Malaga? Some hotels and hostels have converted their rooftops in perfect places for fun and/or contemplating the night. Chinitas Hostel, Hotel Soho Bahía Málagaand Oasis Backpackers´ Hostel are some of them; hotels Room Mate Molina Lario and AC Málaga Palacio have taken it to another level by building pools. 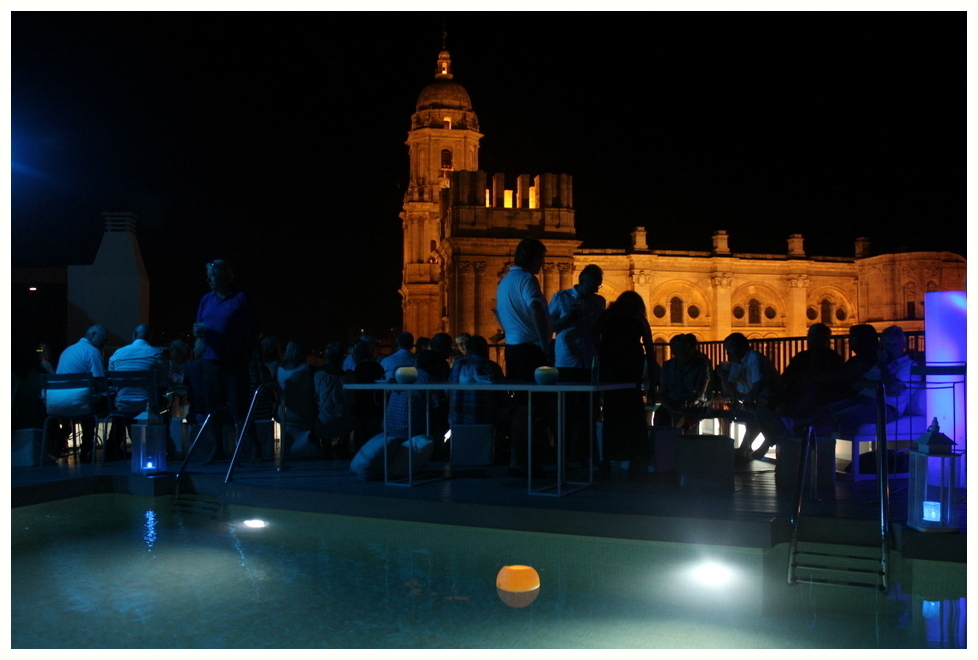 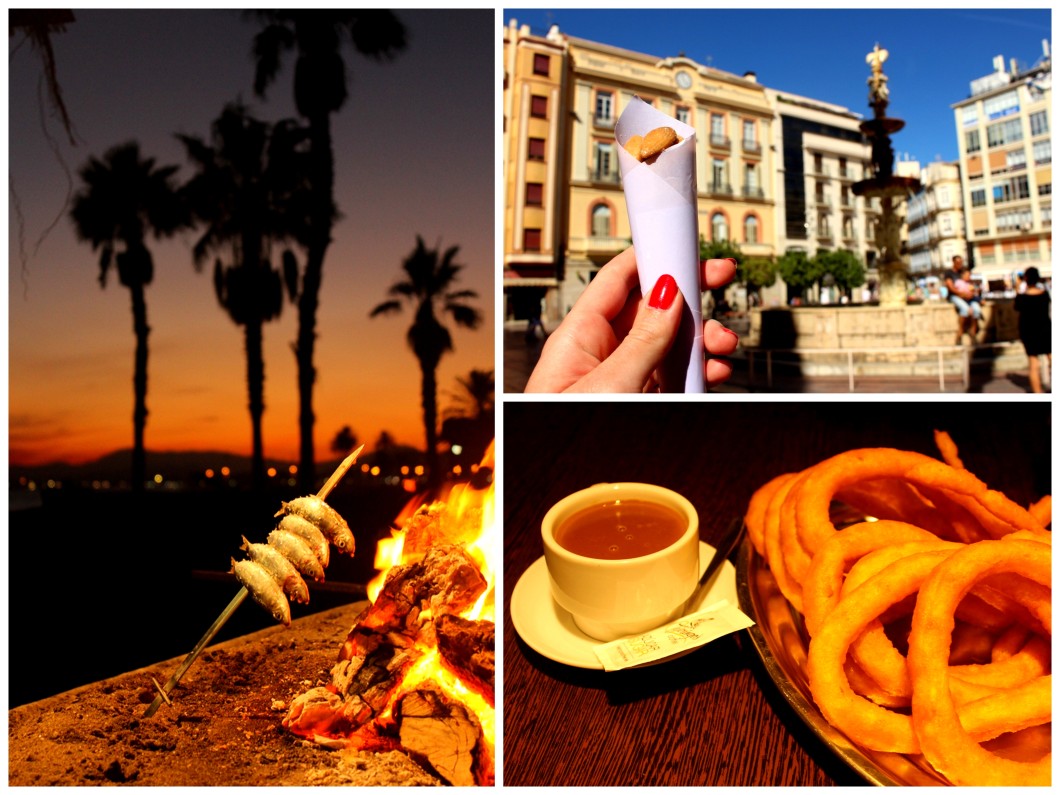 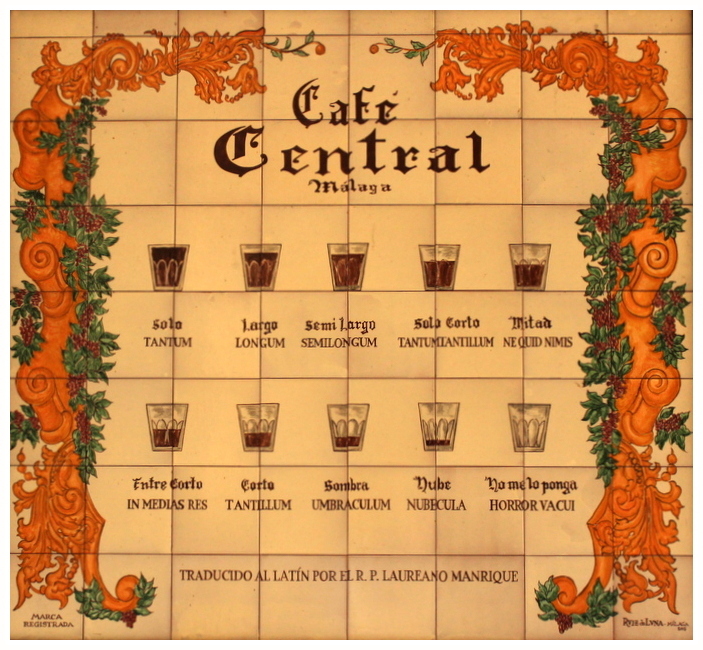