When it snows in Ávila

Ávila – the Spanish city in which you can be stuck in because of snow and not even mind it too much. That’s what happened to my flatmate and me as we decided after around two months of talking about it not to postpone our trip any longer, just get on a train and go. But let’s start from the very beginning.

It was January and the thermometers in Madrid were showing around 3°C. There was no snow in sight, so we got very excited at the news that it was snowing in Avila that day.

This city is mostly famous for its medieval walls surrounding the old town which are frankly stunning and, in my group of friends, for the struggle of getting out of it. We took the risk and set off to the train station. Weirdly, there were only one-way tickets available, so we decided to get a bus or a BlaBlaCar on the way back. What could go wrong?

The further from Madrid we were, the more it was snowing. It made us happy, just like the first snow always does. So pretty! So fluffy! We watched the world pass by humming hits like “Winter Wonderland” or “Let It Snow”. It was already late for that, but we’d been dreaming of the white Christmas and needed to catch up with that.

A winter wonderland indeed awaited us. To be honest, I hadn’t seen this much snow in a while and I live way furthern north than Spain. A knee-high layer of white fluff was laying everywhere and both people and vehicles were struggling to move around. That probably lead to the conversion of Avila into a ghost town in which you could only see the tourists that had limited time to see the city and the locals playing with their children or rushing to do something which couldn’t wait under any circumstances until the next day. 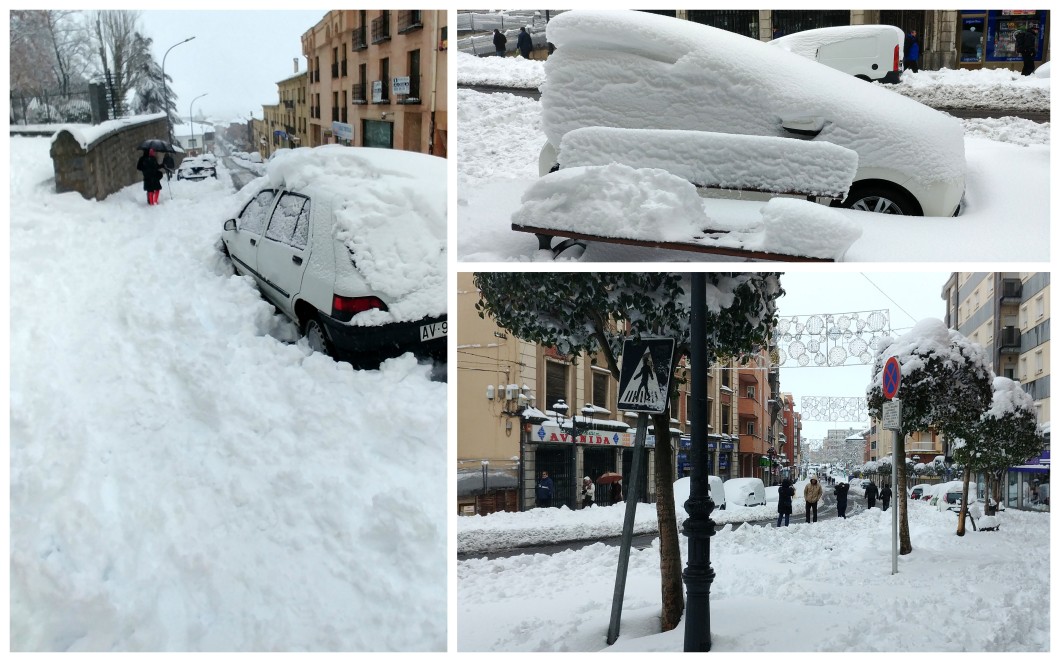 We started to look for transport options for the evening in order to know how much time exactly we had to enjoy the city. The train situation hadn’t changed and there seemed to be no buses, but there were BlaBlaCars – only until all of them cancelled our trip, one after the other. It turned out later that the reason for that was the closing of the highway to Madrid because of the heavy snowfall, but we didn’t know it yet. We were beginning to worry how we would go back, but what could we do? As we were already there, we decided to enjoy the day, see everything and then try to beg at the railway station to be let in one of these full trains going to Madrid in the evening.

We spent the day struggling through the snowdrifts and admiring the historical atmosphere of a city. As soon as we were done with all the sightseeing, we went back to the station and got in line to buy the tickets. Two counters were open. We were trying to eavesdrop on what the cashiers were saying to prepare us for what was coming – a safe journey home or looking for a shelter in the dark. To our terror, we heard one of them saying that the next train leaving for Madrid would be on the next day at 6:20 am. We dropped our heads and started to accept our fate.

‘Next’, said the other cashier, clearly bored and we approached the counter.

‘We’d like to get to Madrid as soon as possible. When does the next train leave?’, we asked, rather pro forma, as we knew what she was going to say.

‘2 tickets, please’, we said quickly, so that she wouldn’t have time to change her mind and remember that this train was apparently full. Luckily, she didn’t.

Happy as a clam, we went back to the city almost dancing to kill some time. My friend got even happier when she bought and put on some warm socks because her shoes had gotten wet already in the morning and she had been suffering terrible cold all day. We enjoyed the warmth of being indoors, had some delicious dinner and soon it was time to go back to the station. 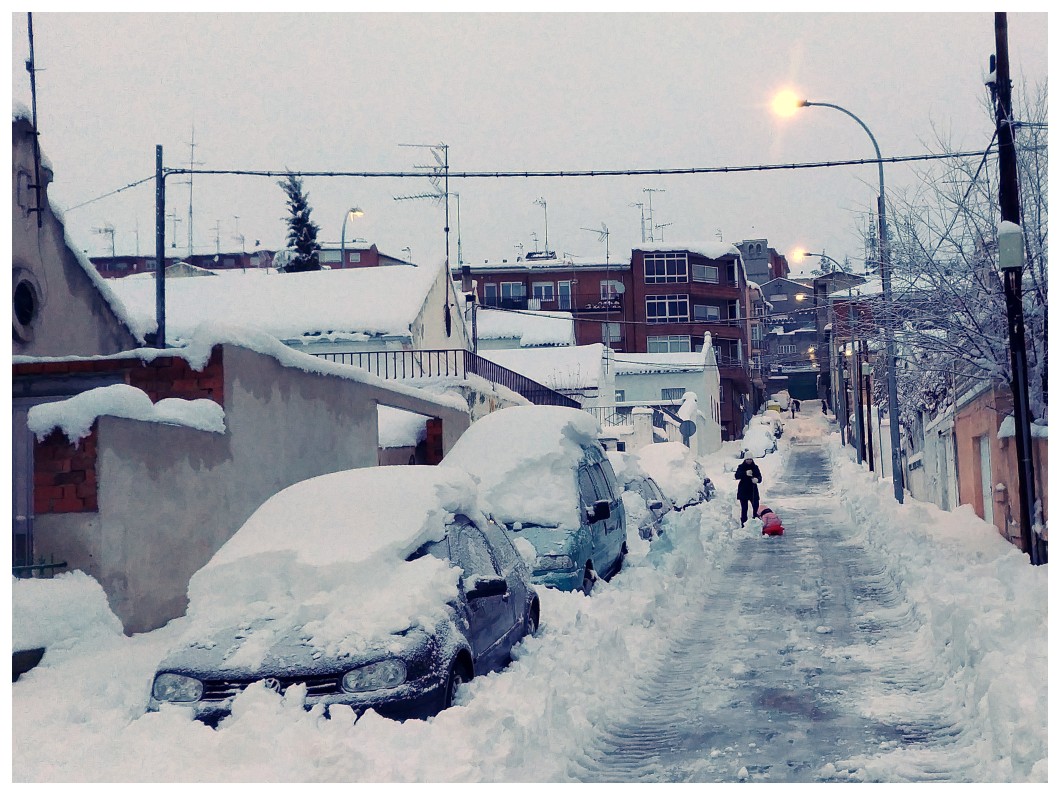 As we got there it turned out that there were two last trains leaving for Madrid that day – and both were delayed. After around an hour, the earlier one arrived; ours was the later one. I don’t even remember how, but in the meantime we got into a conversation with a nice Spaniard that had the ticket for the same train as we did. Nevertheless, he was about to get on the one that had just arrived and advised us to do the same.

‘As we say, it’s easier to ask forgiveness than get permission!’, he smiled and waved to us running to the door. To be honest, I was inclined towards doing just that – it was cold and there was no sight of our train.

‘I’m too German for that’, my German friend shook her head and we laughed.

We spent another half an hour glued to one of the few radiators in the building, talking and keeping us warm. In the end, our train did arrive and we even managed to get the last metro. Maybe it was stressful, maybe we froze quite a lot, but we came back home with memories of a beautiful city and a story of how we almost got stuck because of heavy snowfall in the country famous for its sun soaked beaches.