„First man splitted the atom, now the atom splits man”, said once Gerhard Uhlenbruck, a German aphorist. AKW Zwentendorf used to do just that in the 1970s. Today, it is the only nuclear power plant globally that has been completely finished and never put into operation; also, the only one with its own Facebook fan page.

How did this happen?

After the Second World War, the world believed that nuclear power would be a solution to all energy needs one may have and Austria, naturally, didn’t want to miss the boat. The government planned to build 3 nuclear plants that would produce energy for 6 million households – almost the entire population of Austria at the time. The construction of the Zwentendorf facility started in 1972 and took over four years, during which more and more critical voices against nuclear power were raised. The Initiative of Austrian Nuclear Power Opponents was formed and united more than 500 thousand members, people demonstrated on the streets and even nine mothers went under a hunger strike in front of the Austrian Chancellery.

Nevertheless, the Chancellor at the time, Bruno Kreisky, believed that the majority of the population was in favor of nuclear energy and it would be easier to get approval for commissioning of Zwentendorf from the people than from the divided Parlament, so he authorized a referendum. He was so confident that Austrians would approve it, that he even promised stepping down in case they wouldn’t. That’s when it got tricky. This decision made the referendum not only about one’s position towards nuclear power, but also towards Kreisky; this dilemma made some pro-Zwentendorf people vote no if they were sick and tired of the Chancellor and some anti-Zwentendorf groups vote yes if they didn’t want him to leave office. Basically, Austrians had to decide which issue was more important to them. 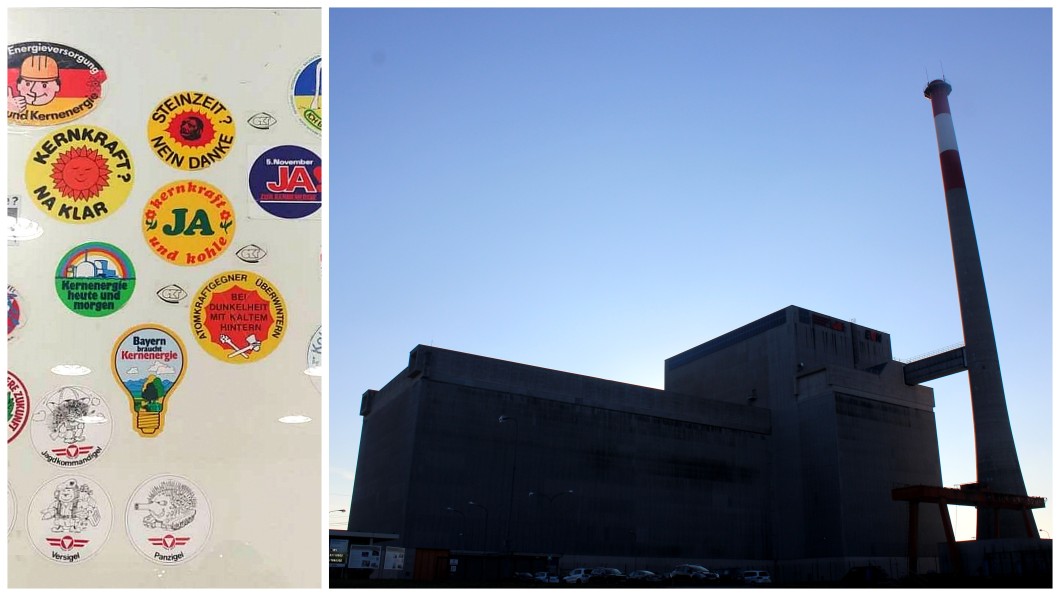 The referendum took place on the 5th of November 1978 and brought a result that surprised the Chancellor: 50,47 % of the voters said no to nuclear power. As a result, Zwentendorf has never gone into operation and the Austrian National Assembly prohibited the use of nuclear power in Austria, what put a definite end to all nuclear dreams one could have. Kreisky himself didn’t step down as announced, but stayed in office until 1983, when his party lost the absolute majority.

Even though this result didn’t cost the Chancellor his job, it did make the 650 million euros that were invested in Zwentendorf go right out the window and leave 200 professionals unemployed. Some hoped that it was just a matter of time that the politicians and / or the people would change their mind and the nuclear plant would be commissioned, so they maintained the facility ready, taking care of the machines until the day they would be allowed to press the power button… Yet, that day never came. Zwentendorf was officially closed in 1985 and cost in total over 1 billion euros – without having produced even 1 KW.

After the final failure of the project, there was just one question left: what now? The workers either moved to other countries or changed profession, some of the parts of this nuclear plant were sold and it was clear that there was no chance of producing nuclear energy in Zwentendorf. Ever. 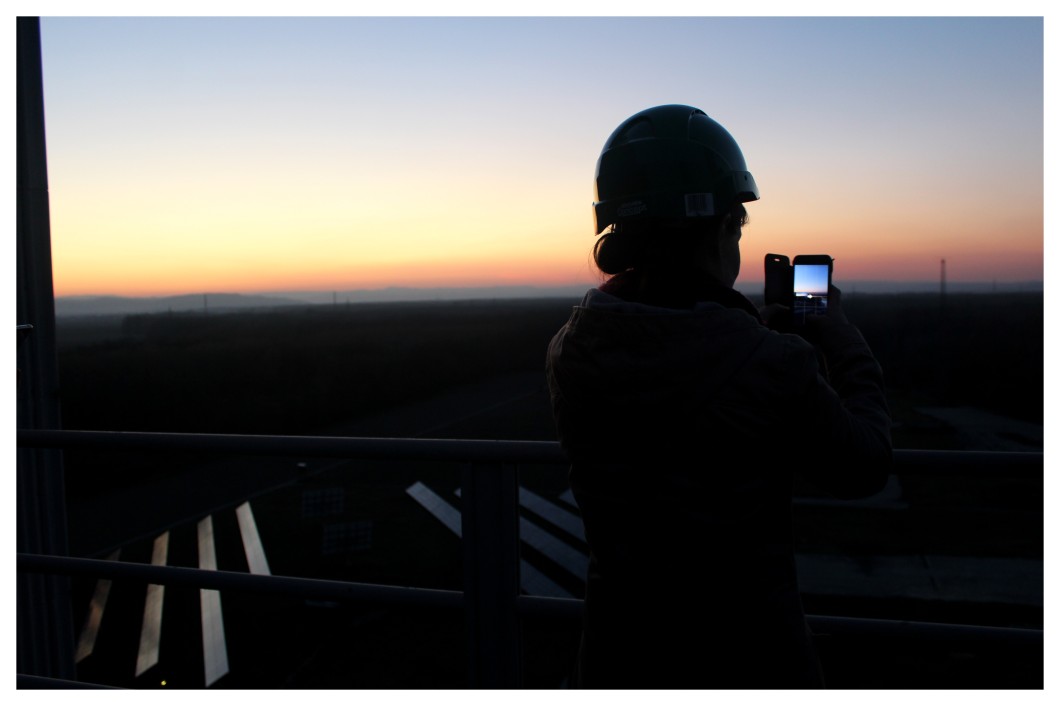 First, it was the safest nuclear plant in the world; not only because it wasn’t in service, but also because the Lower Austrian State Police College was housed in one of the buildings until 2001. Today, it serves many roles – from being a back-up location for the Austrian army and Fire Service, through housing a training center for nuclear plant engineers to offering its spaces for any kind of events. It also produces power, but in a sustainable way: as the electricity distribution equipment and cables are still in perfect condition, they are used nowadays to distribute solar energy gained through the photovoltaic panels installed on the area. Moreover, there are free tours organized on Fridays – just like the one I had the pleasure to attend thanks to Igers Vienna. 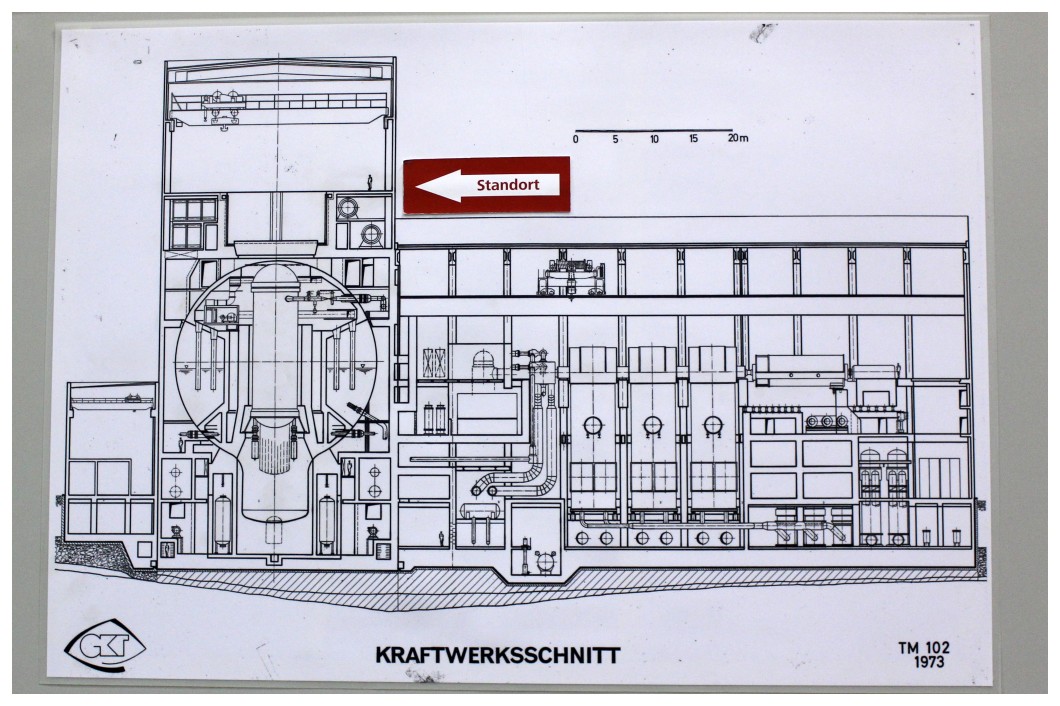 Wearing helmets for protection, we entered the facillity. The tour began where the workers would have to change (underwear included), take a cold shower and measure the radiation doses they had received. 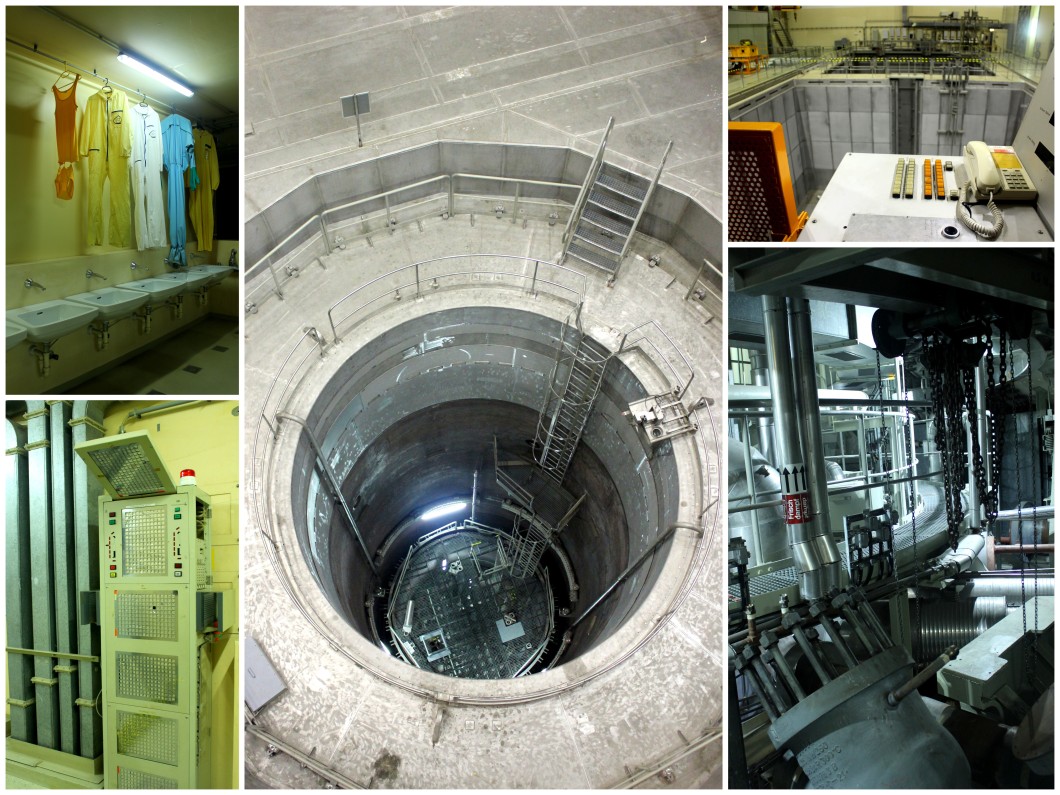 Soon, we went up with an elevator and then all the way down the 20 meters high boiling water reactor, looking at the complex machinery and listening to all the fascinating stories our guide Stefan had collected while working there for over 2 decades. 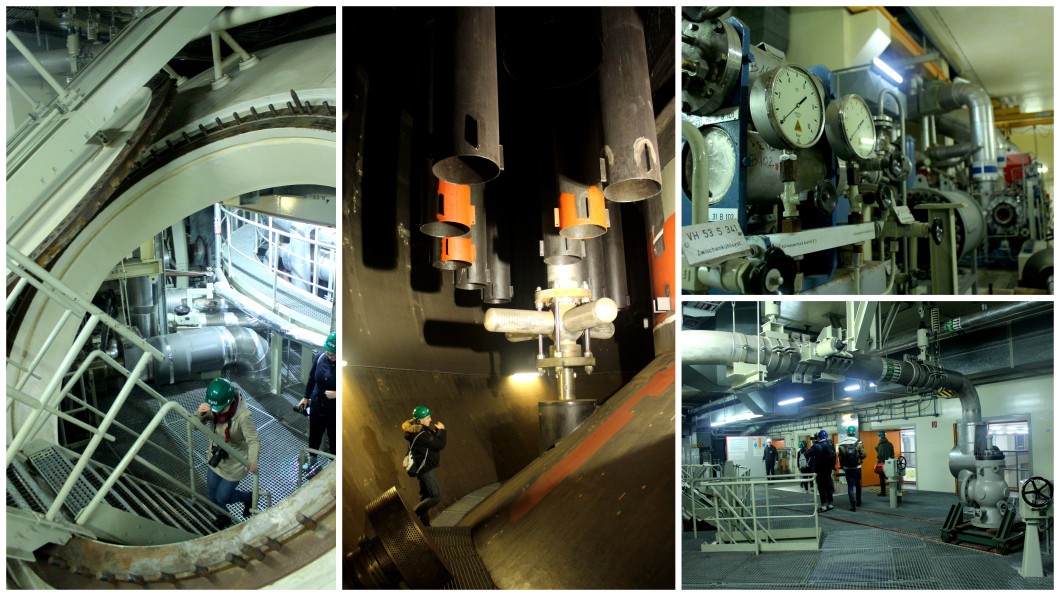 The last stop was the control room – a perfect example of the 1970s chic. 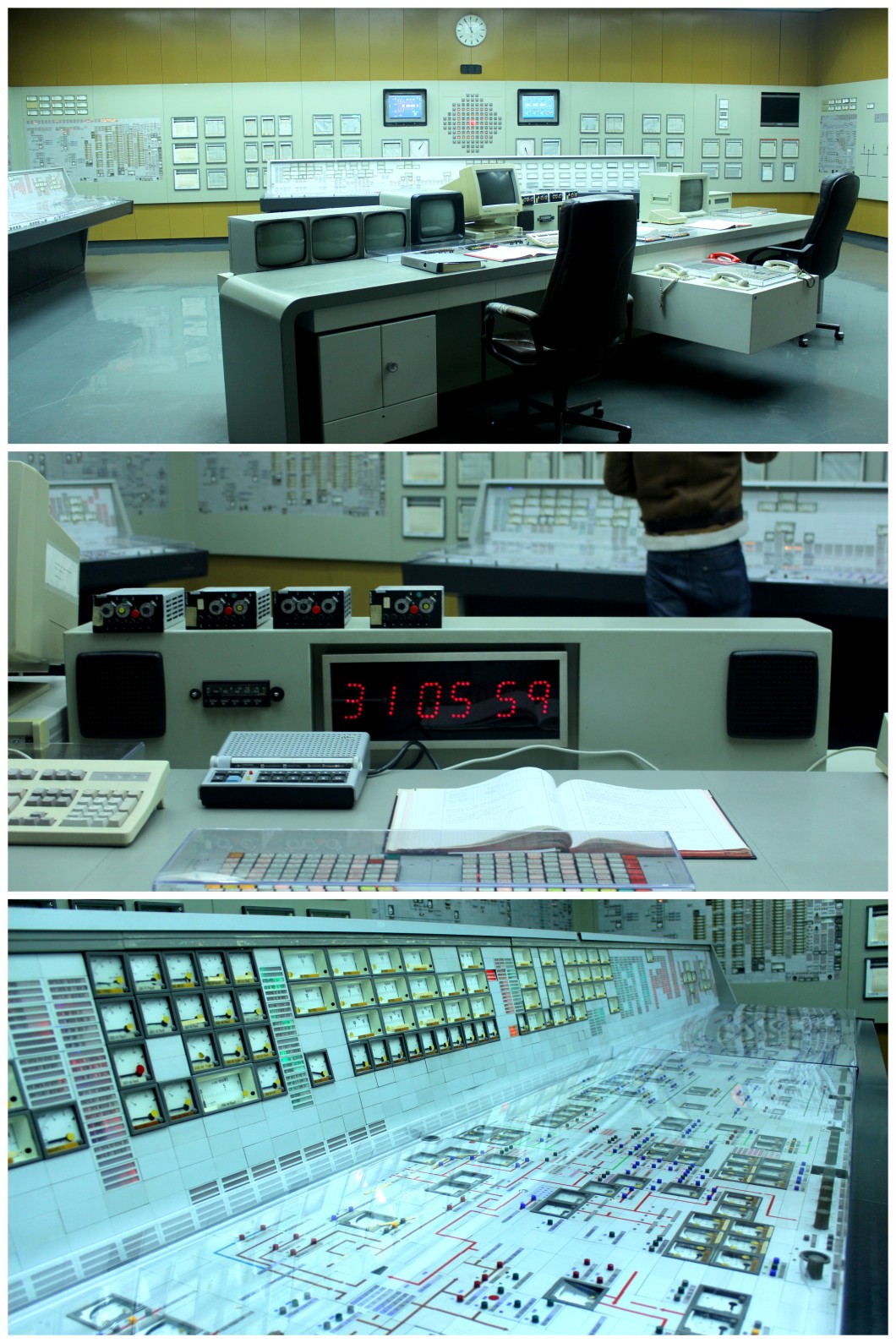 I had never thought that I would enter a nuclear power plant; probably because most of them are in service and it’s dangerous to do that. Thanks to the fact that Austrian politicians decided to first build it and then look for approval, AKW Zwentendorf gives nowadays any curious soul the unique opportunity of seeing what these controversial facilities look like on the inside… and feel like the protagonist of a science fiction movie. 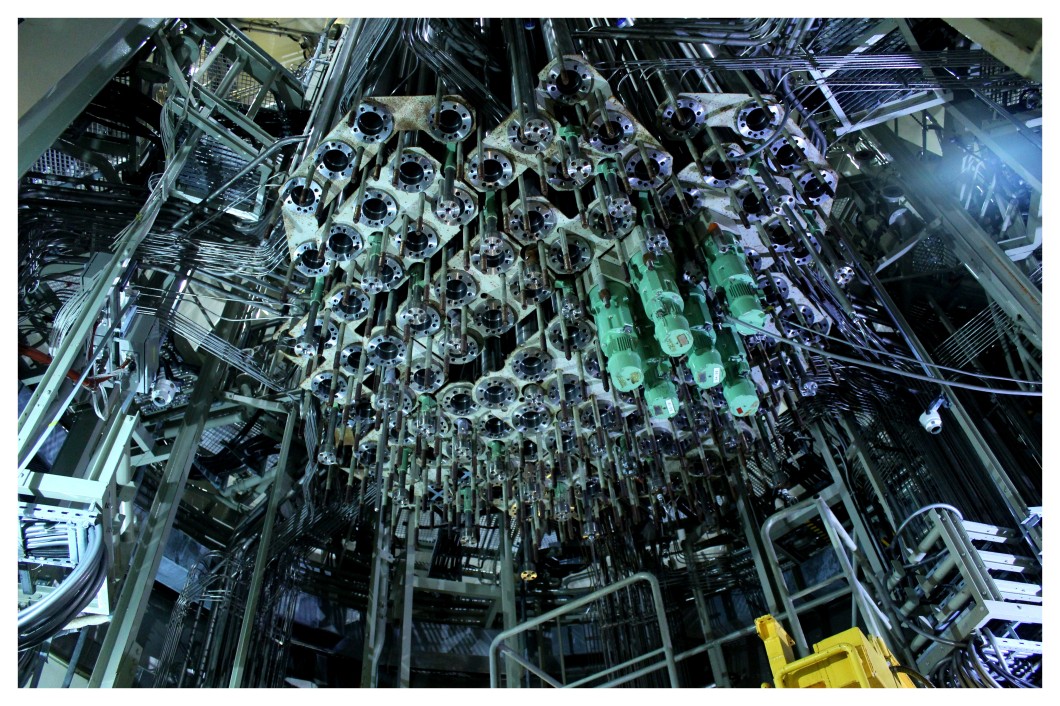